AI Breakthroughs in the Medical Industry 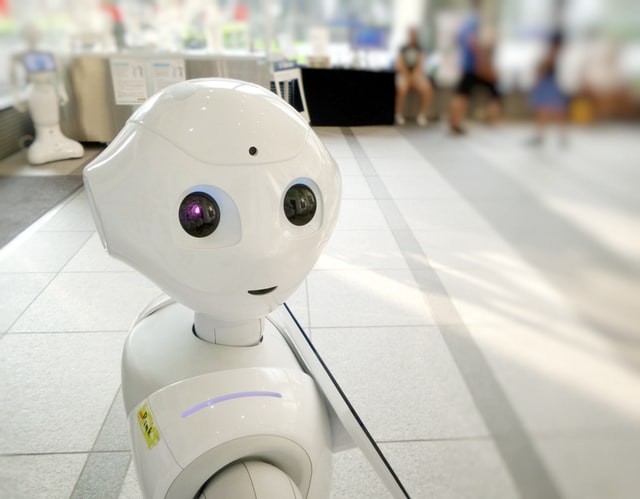 We live in times of rapid progress, and the medical industry is no exception. Moreover, the medical sector can boast innovations like no other. It brings hope that we can someday live in a world where top-class healthcare is provided worldwide at reasonable rates.

It is no wonder that one of the most innovative industries in the world experiences numerous technological advancements almost every week. One of the most shining examples of this is the development of technology making use of AI. It helps medical staff daily and makes the lives of many patients better.

However, the MedTech industry is still growing and adapting to trends. Many achievements have been made. A great example of this is the innovations regarding Artificial Intelligence. This article is here to provide you with a few examples of such breakthroughs.

The AI made its first significant mark on healthcare with MYCIN in the 1970s. It was a relatively sophisticated system that was used to identify bacteria that were causing various bacterial infections. It would also recommend the antibiotics and adjust their dosage according to the patient's weight and height.

Created by Edward Shortliffe as part of his doctoral dissertation, it was developed over a few years at Stanford University. MYCIN quickly became an object of scientific debate creating a big discussion about the usefulness of such equipment. Later it led to the development of graphical models (e.g., Bayesian networks).

This invention has paved the way for other AI-based technologies that are present in healthcare today. You can find numerous examples of such technology at https://www.heartlandmedical.com/ and other similar sites that are focused on medical technologies.

One of the essential branches of AI nowadays is machine learning. And with the growth of deep learning, machines started to play a significant role in the medical industry. Neural networks became a great resource both for scientists and scholars alike.

Convolutional Neural Networks are a revolutionary class of deep neural networks. The first use of them dates back to the 1950s and 1960s when David Hunter Hubel and Torsten Nils Wiesel presented an analysis of cat and monkey visual cortexes. Since then, this technology has only been improved and used in many experiments.

The human eye is not perfect, but we have the technology that can help us see things better. Computer vision is a pathway we should take to analyze images better. This function of this technology is crucial, especially in the medical industry.

Computer vision that is usually used in healthcare-related work includes image acquisition and interpretation. But, computer vision is not limited only to a single type of data. It sees plenty of use in big data analysis, even more now with the rapid growth in the field of machine learning.

Its significant contribution stems from the fact that it can provide workable data much faster than other methods. However, it is worth noting that if the data it is supplied with is messy, it can lead to some problems. In the field of medicine, you really cannot allow any mistakes as the cost will be paid in human health or even lives.

Uses of AI in Surgery

One of the best uses of Artificial Intelligence comes in surgery, where robots can operate with a precision unmatched by any human. Of course, by using expensive robots, humans can boost their performance. However, the surgeries performed by autonomous robots produce the most impressive results.

One such example can be an autonomous robotic soft tissue surgery performed by the Smart Tissue Autonomous Robot (STAR) in 2016. This robot, constructed by Johns Hopkins University, matched or outperformed human surgeons in an autonomous ex-vivo and in-vivo bowel anastomosis. This result is a tremendous feat that allows us to look to the future of AI in surgery with confidence.

Today, both AI and machine learning are often used by scientists of all sorts. They have no other choice than to embrace the changes. But, it doesn't mean that they should take the back seat. After all, is AI worth something without their guidance?

By using AI in the medical field, we have not only extended our abilities but also created new problems for ourselves. It is up to us now to make the best of the technology that we have. If we manage to achieve this, the future looks bright.