Everything to Know About Omega-3 Fatty Acids 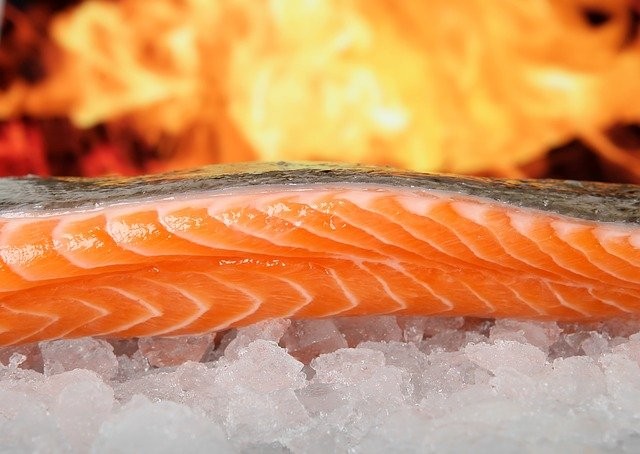 (Photo : Everything to Know About Omega-3 Fatty Acids)

It can seem like health guidance is always changing, and research is shifting, but there are some things that stay consistent. For example, omega-3 fatty acids are one of the most important things we can include in our diet.

These can help reduce inflammation, and they're good for the brain. Having a diet high in omega-3 fatty acids can help reduce the risk of neurodegenerative disorders like Alzheimer's. Including foods with omega-3s can even help you recover from head and brain injuries faster.

With that in mind, the following are the specific things to know about omega-3 fatty acids and their role not just in brain health but overall wellness.

What Are Omega-3 Fatty Acids?

Omega-3 acids are found in foods, like certain types of fish. They're also in flaxseed, and they're commonly included in nutritional supplements.

There are three specific types of omega-3 fatty acids.

There's alpha-linolenic acid or ALA. There's eicosatetraenoic acid or EPA, and then there's docosahexaenoic acid or DHA. ALA is mostly in seed and plant oils like canola oil and soybean oil, while DHA and EPA are mostly in fish.

ALA is an essential fatty acid that you have to get from your diet because your body can't make it. Your body converts ALA into small amounts of DHA and EPA, but you need to get those from foods as well if you want to increase your omega-3 levels.

Omega-3 fatty acids are components of the membranes that surround all the cells of your body. There are especially high DHA levels in the brain, eyes, and sperm cells. Omega-3s also play a role in the health of the immune system, endocrine system, and blood vessels.

Another term that's relevant when talking about fatty acids is omega-6. Omega-6 fatty acids play a role in blood clotting and inflammation, and omega-3s are anti-inflammatories.

There's some evidence that eating too much omega-6 fatty acids can reduce the benefits of omega-3s. The standard western diet tends to have a higher amount of omega-6 fatty acids, so working to maintain a balanced ratio between the two is important for good health.

Fatty, cold-water fish tend to be the best source of omega-3s. Salmon is an example of coldwater, fatty fish. Walnuts, chia seeds, mackerel, tuna, and herring are also good sources.

If you were going to take a supplement along with general fish oil supplements, you might specifically take krill or cod liver oil. Algal oil is a vegetarian source of omega-3s.

What Are the Benefits of Omega-3s?

Some of the general benefits of making sure you get enough omega-3s in your diet can include:

The idea of omega-3s being important to include in your diet if you're recovering from a concussion was touched on above and is also worth discussing on its own.

Concussions are relatively common among both younger and older people, and over time repeated concussions can lead to serious damage.

When a concussion occurs and your brain is deficient in omega-3 acids, it's harder for it to heal itself. Also, after a concussion, there's reduced DHA in the brain tissue.

Making sure that you get enough omega-3s when you're dealing with a concussion can help you return to normal functioning.

If you're like many people and you can't get enough from your diet, you might consider a supplement. If you're going to choose a supplement, it's best to look for one that has DHA and EPA, and if possible, a higher amount of DHA.

Omega-3 fatty acids are critical for our overall health and well-being, including mental and emotional health. If you're not regularly eating foods with omega-3s, which many people aren't, you might want to talk to your doctor about whether or not a supplement would be a good choice for you.