Five of the Weirdest Reasons People Have Faked their Own Deaths 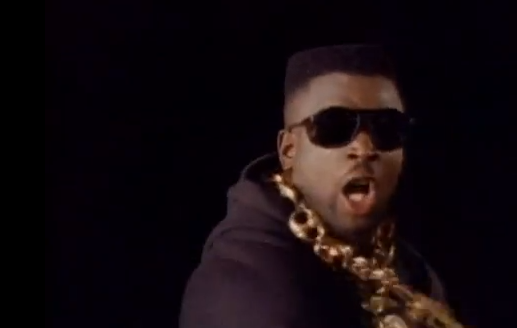 Supposedly, rapper Tim Dog, most well-known for the 1990s song "F-k Compton" is dead from complications from diabetes. That hasn't stopped investigators from issuing a warrant out for arrest though. The reason? Due to a lack of death certificate or burial site, it is believed that the rapper faked his own death to avoid paying restitution payments to various women whom he had swindled. Though it may be a tall tale, the rapper would hardly be the first person who had attempted to fake their own death for despicable reasons. Here are some of the worst.

Timothy Dexter was an 18th century businessman and writer who was well-known for his eccentricity. One day, he announced his own death, apparently entirely in order to see how people would react. The charade was short-lived, however; the 3,000 guests at his wake were disappointed to find him screaming at his wife that she was not grieving enough.

After two years in her church choir, Alison Matera announced that she had cancer. In January of 2007, a nurse who sounded suspiciously like Matera called the choir director to inform him of her death. The ruse officially came unraveled when a woman who looked exactly like Matera, but who claimed to be her sister, attended the memorial service. She says that she did so because of attachment issues; every time she becomes close to someone, she feels the need to separate from them. Of course, though, the illness only brought the group closer, so Matera felt that faking her own death would be the best way to spare everyone's feelings.

Alexey Bykov: To show the depth of his (girlfriend's) love

Alexey Bykov is a wealthy young businessman in Russia. Last year, he decided to propose to his girlfriend, Irina Kolokov. Before doing so, though, he wanted to make sure that her love for him was real. Using a director, screenwriter, make-up artist and stuntman, Bykov staged an elaborate car accident so that his lady love would find his dead body lying in the street. When she started crying, he rose from the dead and proposed to her. He explained the stunt by saying that he wanted her to see how meaningless her life would be without him.

Corey Taylor wanted to get out of his contract with Verizon Wireless, but was furious that he needed to pay a $175 cancellation fee to do so. After learning that wireless companies will cancel a customer's contract if they die, Taylor had a friend send the company a fake death certificate. In the end, though, they caught wise and Taylor needed to fork over the money.

Bernie Wint: For no reason

In 1989, Bernie Wint was involved in a narcotic drug ring and believed that the police were closing in on him. On a vacation in Daytona Beach, Florid, during which he was supposed to be married, he faked his own death by drowning. For 20 years, he erased every last shred of his own identity, living under an assumed name, marrying and having a son. Two decades after his faked death, he was pulled over for not having a light bulb to illuminate his license plate. When police could not find any record of his existence, he copped to the story. After being charged with driving without a license and giving a false name to the police, the police informed him that he had never been wanted for anything.

Notorious Chemical May Pave the Way to New Gene Therapies