7 Benefits Of Monogamous Relationships On Your Mind And Body 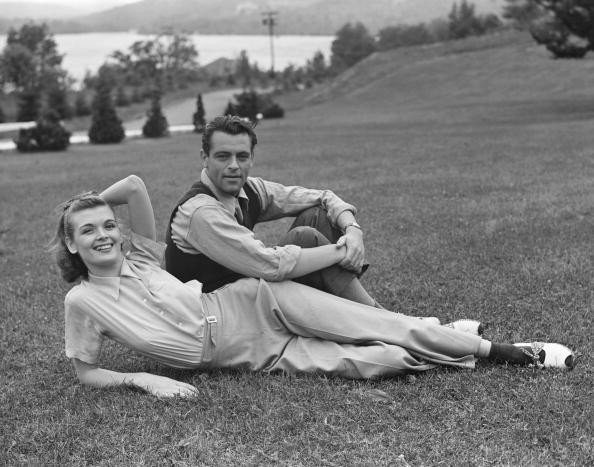 Being monogamous to one's partner in a relationship can bring a lot of advantages for both your mind and body. Below we give you a surprising catalogue on why one should dare to be different in a world sometimes fueled with casual sex as cited by Health Central.

1. People who are monogamous have a longer life span as attributed to a 2007 study in seven European countries. The registry which included husbands and wives with an average age above 40 were given the possibility of living longer by 10 - 15 percent. This also covered unforeseen accidents, violence, and other natural catastrophes.
2. Monogamous men have a less unhealthy lifestyle, therefore, saying goodbye to such bad habits as smoking, alcohol binging, and possible substance abuse. Married also promotes once over-indulgent individuals to backtrack and live a more buttoned-down lifestyle.
3.  A percentage of individuals who are unmarried and divorced have a higher rate of chronic conditions such as diabetes, heart disease, Alzheimer's, lung disease.
4. Women who are married have a more balanced mental health as this leans towards fewer occasions of depression which also indicates that those with bipolar disorders do have a lesser episode of manic attacks.
5. There is less stress especially for men as this restrains their stress response. Also, there is this sense of freedom from women from the ever present beauty ritual as the superficial notion of living it up automatically is lowered as you have spent it with one established partner.
6.  A peace of mind from sexually transmitted diseases as one will need not worry about contracting any infection.
7. Men have a more enjoyable sex life as attributed to a sex survey wherein 49% of married men made it clear that they were satisfied both emotionally and physically with their sex lives in contrast to only 33% of men who were mostly single.
It should be noted also that men may benefit more from monogamy than women, according to Bust.
Blogger Lamar Tyler who has four children of his own mentioned that, "family is the basis of human society," and that "monogamy allows me to express my love." It's true that non-monogamous relationships would certainly complicate the family structure as we know it today, but I know many non-monogamous couples who are able to express their love to each other very well.

Drawing Boundaries With a Narcissist

Want A Stronger Relationship? Extra Love Must Be Showed When Partners Face Depression

Many myths detract from the power of soy, but the truth of the matter is that this plant-based protein can help improve the health and wellness of both men and women. In fact, according to recent studies, just 25 grams of soy protein every day can help decrease the risk of heart disease when used as a part of a healthy diet.

Is Sustainable Living the Future?

Should You Drink Kombucha Tea for its Benefits?

Should You Drink Kombucha Tea for its Benefits?

Rehab in Canada - Everything You Need to Know

How to Stay Healthy During Your Older Years

Keeping your physical and mental during the COVID-19 pandemic and lockdowns.

7 Tips on How to Take Care of Your Heart's Health

Understanding What Reiki Is and Its Benefits

How to fix inventory overstocks and understocks?

5 Tricks for Getting Rid of Your Acne at Home

Dealing With Depression - Ways To Cope After a Marriage Breakdown

Common Unexpected Injuries that Result from a Car Accident

5 Reasons Why Your Teeth May Be Causing You Grief

5 Tips for a Happy, Healthy, and Fulfilling Retirement

How to Migrate Dropbox To Google Drive

How to Migrate to SharePoint on A Development Platform

What Should You Do After a LASIK Eye Surgery?

Basic Features of A Surgical Unit

The Inner Journey: Self-Discovery Amidst Crisis

How Does Spine Surgery Reduce Lower Back Pain?

The Multiple Career Options Offered By A Degree In Nursing

4 Tips and Tricks for Relieving Back Pain