What You Should Know About Pharmacy Errors 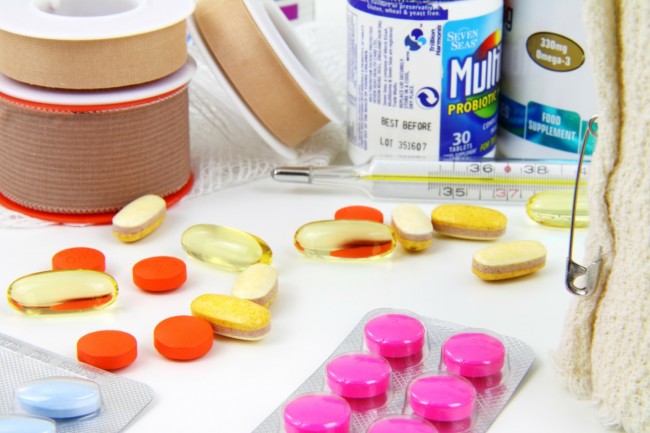 You would like to think that if someone is in the medical field in any capacity, they would be very careful in watching out for the general public. They should do so simply because it's the right thing to do, but also because, if they make a mistake, there can be serious legal consequences.

However, doctors commit errors, and so do nurses and orderlies. Pharmacists can make mistakes too, and when they do, they can severely harm the individual they are attempting to help. We'll talk some more about pharmacy errors right now.

What Precisely is a Pharmacy Error?

Before we get into potential pharmacy error legal issues, you should know what we mean when we use that term. A pharmacy error occurs when a pharmacist or pharmacy tech makes a mistake, such as if they give someone the wrong pills or the correct pills but in the wrong dosage.

Negligence is the proper term to use here, and you'll likely hear that word in court if you get yourself a lawyer and try to sue the responsible pharmacist or pharmacy technician. You can sue them for either of the errors we described, but you also might bring a lawsuit if someone in the pharmacy gave you the wrong instructions regarding your prescription. If there was some warning they should have given you, and they neglected to do that, you might sue for that reason too.

If you're thinking about whether you should sue or not if a pharmacist harms you, you should know that different states have laws that should protect you, but they are not identical. You can bring a lawsuit against a pharmacist or technician in any state, but you'll need a lawyer that knows all the law's details.

Some caveats or addendums that you might find in one state may not be present in a different one.

In all states, though, the law says, in one way or another, that pharmacists or technicians must be extra careful when handing out prescriptions and describing to the recipient what they should do with them. A pharmacy that does not do its duty is negligent, and that's when you can take someone who you deem responsible to court.

In Missouri, for instance, the pharmacist must inspect and review a prescription's accuracy before handing it over to them. They can also counsel the recipient's caregiver if that's appropriate.

The pharmacist should talk to the patient about the drug's safe use. They must then exercise their professional judgment, verifying they've done all they can to assist each individual before moving on to the next person in line.

What Can Cause Pharmacist Errors

You might wonder how a pharmacist or technician can make a dangerous error, such as giving a patient the wrong meds or giving them the wrong dosage amount. It seems like, if you pay attention, such an error would not normally happen.

There are always ways a pharmacist or tech might screw up the meds they're giving a pharmacy visitor, though. Maybe that pharmacist did not get much sleep the night before because they were awake fighting with their significant other. Perhaps a pet died recently, and they're still broken up about it, so they're not thinking about their work very much.

The reality remains that there are lots of situations that can cause a pharmacist or technician's mind to wander while they're supposed to remain work-focused. Pharmacists are only human, though the law holds them to a high standard due to their work's importance.

Pharmacists must remain safety-focused, even if there is something going on in their personal lives that might distract them. It's reasonable that even if a pharmacist's personal life isn't going very well, they must continue concentrating while at work. It would be the same for a commercial airline pilot who has hundreds of lives in their hands.

What To Do if a Pharmacy Error Injures You

Even though many pharmacists go through their entire careers and never make any notable mistakes, some do. They allow a concentration lapse to occur, and they might give an individual the wrong meds or fail to warn them about possible side effects.

If something like that happens to you, you should not wait to reach out to a competent lawyer who specializes in these cases. Some attorneys have very lucrative law practices, and they focus on medical malpractice and pharmaceutical errors.

You will have to figure out whether you can pay that attorney on a contingency basis or whether they demand some money upfront. You can then relate to them everything that happened, including the harm that the pharmacy error caused. If you have medical records and other evidence that can back up your assertion, you definitely have a superior chance of winning your case.

Once you notify the pharmacist or whoever else made the mistake that you intend to sue them, they will have a chance to hire their own lawyer and prepare their defense. Their attorney might advise them to settle if there is overwhelming evidence. If that happens, then the case will never go to trial, assuming you agree to the deal.

If you don't feel like the pharmacist or tech can come up with enough money to cover your pain and suffering, you can proceed to trial. If you have tons of evidence, you should feel strongly that you can win. Having the right attorney on your side will certainly help you as well.

Your lawyer needs to convince the jury that the pharmacist or technician did indeed harm you. Once the verdict comes back in your favor, you can collect your money. Hopefully, what you collect can be sufficient recompense. Remember, you'll need to give your lawyer some of that cash too, though.

Trials stemming from pharmacy errors are never pleasant, but it's something you might have to go through. It all depends on whether a pharmacist's mistake clearly injured you.