What You Should Know About Uterine Fibroids and Pregnancy 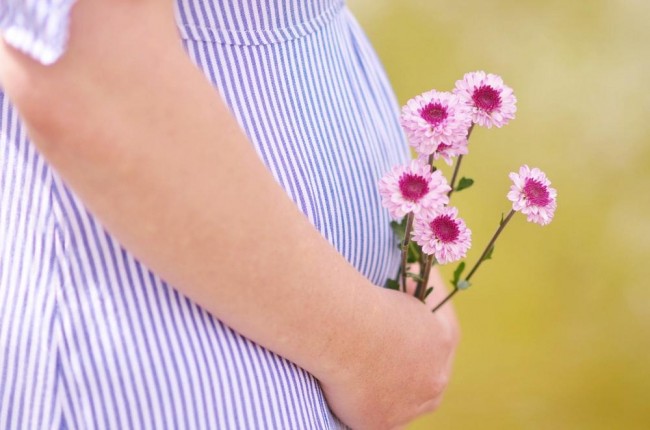 (Photo : What You Should Know About Uterine Fibroids and Pregnancy)

If you are a woman, you have probably had a fibroid, know of someone who has or at least heard the word thrown around. Fibroids are non-cancerous tumors that grow in or on the womb or uterus. They are very common among women, with some women exhibiting symptoms while others do not. 20-80% of women develop fibroids by the age of 50, and the percentage is at 30% for women between the ages of 25 and 44. These growths are, therefore, common in women of child-bearing age.

While most fibroids are harmless and require little to no medical attention, some of them will cause severe symptoms such as pelvic pain, back pain, and leg pain. In such instances, you may have to visit a trusted practitioner like the uterine fibroid specialist in NYC to get checked. The doctor will recommend the right course of treatment.

Fibroids are common in most pregnant women, and their presence may or may not cause complications. Most pregnant women will have healthy pregnancies, even in the presence of fibroids. Fibroids in pregnant women are hard to detect through a pelvic exam, as doctors may find it difficult to distinguish between fibroids and thickening of the uterus walls. The number of known cases is, therefore, higher than what is on record.

While fibroids may not grow during pregnancy, they will appear in the first trimester if they do grow. Your body produces a large amount of estrogen, the hormone that triggers and accelerates the growth of fibroids during pregnancy.

The fibroids will likely grow bigger with time as your pregnancy progresses, and as the levels of estrogen increase. Nevertheless, the case of fibroid growth is not universal as the fibroids may also decrease during pregnancy in some cases, and disappear completely after delivery.

Symptoms of fibroids during pregnancy

Common symptoms of fibroids during pregnancy include;

Pain is the number one symptom of fibroids, especially if they are large. The fibroids can twist and cause cramping and discomfort. At times, they outgrow their blood supply, turn red, and die. This process, which is known as red degeneration, can cause severe pain, which could lead to miscarriages.

You can ease the pain by taking over the counter drugs only if your doctor recommends them. Taking painkillers such as ibuprofen early in your pregnancy and in your third trimester may result in a miscarriage.

Complications of fibroids during pregnancy

As stated, some women will have a smooth ride with their pregnancy, even in the presence of fibroids. In some cases, however, the following complications will be experienced;

Large fibroids take up space in the womb, leaving little room for the fetus to develop properly. In this case, the fetus experiences growth retardation, where it develops at a slower rate and ends up being smaller than other fetuses of the same age. You may not find out if your child is having retarded growth until a doctor performs an ultrasound or until delivery time.

Placental abruption is a situation where your placenta tears away from your uterus wall before delivery. Abruption of the placenta may cause severe bleeding or cause your child to be oxygen-deprived, which may cause death.

Women with fibroids are more likely to deliver before the standard 37 weeks of pregnancy, compared to women without fibroids. Preterm deliveries are usually as a result of increased uterine contractions caused by the fibroids.

Fibroids can block the birth canal or keep the uterus from contracting, both of which will make it difficult for you to give birth in the normal way. Most women will find it difficult or impossible to push, and the doctor will recommend a cesarean section.

A breech pregnancy is when the baby or babies are positioned head up in the uterus while the legs face the vaginal opening. There are many reasons why a baby may breech at the time of delivery. One of these is the presence of fibroids in the uterus.

Can fibroids affect your fertility and ability to conceive?

The effect of fibroids on fertility is not universal. Some women who have fibroids will be able to conceive naturally without treatment. Some may find it difficult to get pregnant. For example, if a woman has submucosal fibroids, which are the fibroids that grow into the uterine cavity, their risk of infertility and loss of pregnancy increases. If you have fibroids, you may need to ask your doctor if they could or are causing any problems with you trying to get pregnant.

How to know if you have fibroids before getting pregnant

You may want to reduce the complications of having fibroids during pregnancy by getting a fibroid diagnosis. Even if you have symptoms of fibroids such as heavy bleeding during your periods, prolonged periods that go on for more than a week, pelvic pain, pain while urinating and passing on the bowel, and pain when having sex; you may still want to get a diagnosis to rule out any other condition.

Going for a fibroid diagnosis

Most doctors discover fibroids during a routine pelvic exam. If the doctor feels irregularities in your uterus, they may suggest further tests to confirm if you have fibroids. These include:

An ultrasound uses sound waves to get a picture of your uterus and to measure the fibroids, if any. The doctor will move the transducer over your abdomen or place it inside your vagina to catch images of your uterus.

If the ultrasound is ineffective in providing adequate information, the doctor will carry out other imaging tests that are more accurate. These include;

MRI shows the size and location of the fibroids more clearly and can help doctors identify the types of tumors and consequently aid appropriate treatment. This treatment is most suitable for women who are perimenopausal or those who have a large uterus.

In this method, doctors use sterile saline to make the uterine cavity larger. It, therefore, becomes possible to get clear images of the inside of the uterus. It is useful for women who are trying for a pregnancy or those with heavy bleeding during their menstrual cycle.

If you are concerned about infertility, the doctor might recommend the hysterosalpingography method of diagnosis. He or she, using an x-ray machine, will highlight the fallopian tubes and the uterine cavity using a dye. The test checks if your fallopian tubes are open, and can show submucosal fibroids.

In this procedure, the doctor will insert a small lighted telescope into your uterus. They will use saline to expand the cavity of the uterus so that they can examine the walls and the fallopian tubes.

If you have heavy bleeding, the doctor will do some blood tests, such as a blood count. The tests help to rule out any other cause of your blood loss, such as thyroid disorders and bleeding problems.

If you are diagnosed with fibroids, below are some of the treatment options available to you.

Myomectomy is a surgical procedure used to remove fibroids. There are different types of myomectomy including;

Robotic myomectomy is best for women with few fibroids. Your doctor will insert slender instruments through an incision in your abdomen to remove the fibroids. If the fibroids are large, the doctor may break them into smaller pieces to remove them. The doctor can view your uterus via a camera attached to one of the instruments. This method offers the most precise 3D view of your uterus compared to the other methods.

If the fibroids are inside the uterus, the doctor will remove them using instruments inserted through that he or she will insert through your vagina and cervix.

Medications shrink fibroids but may not eliminate them. Such a medication is Gonadotropin-releasing hormones (GnRH) agonists. GnRH agonists block the production of estrogen and progesterone hormones, which stops menstruation and cause fibroids to shrink. GnRH is also useful for improving the symptoms of anemia. It, however, has some side effects such as loss of bone when used for periods of over three months.

If you go ahead with surgical procedures, wait up to three months to heal before trying to conceive, as surgery increases your chances of giving birth through a cesarean section. Avoid treatment procedures such as hysterectomy, endometrial ablation, uterine artery embolization, MRI-guided focused ultrasound, and myolysis if you want to get pregnant in the future. Talk to your doctor about procedures that will not diminish your fertility or reduce the chances of you getting pregnant.

If you want to go natural on dealing with your fibroids, you can also opt for lifestyle changes that will either treat the condition or help reduce the symptoms. The following are the dos of dealing with fibroids naturally.

Colored fruits and vegetables contain essential vitamins and minerals which lower your risk of developing fibroids. You can also load on some vitamin and mineral supplements to boost your nutrient intake. Talk to your doctor before you start using any supplements.

You should also cut down on processed foods such as white rice and potato chips and opt for foods such as brown rice and whole bread. Too much intake of red meat also increases your chances of developing fibroids.

Research has shown that high blood pressure increases your chances of developing fibroids. You can control your blood pressure by avoiding highly salted foods, high-calorie foods, and working out regularly.

Doing regular exercises such as dancing, jogging, and running lowers your chances of developing fibroids. Also, try to keep your stress levels down at all times as studies suggest that high stress levels may be linked to fibroid development. Do regular massages and yoga to enable you to relax.

Fibroids may or may not affect your fertility and ability to carry your pregnancy to term. A large fibroid is more likely to cause harm as it will eat up space in your womb and cause your child to have premature development. Talk to your doctor and decide what is best for your future pregnancy. As much as you cannot prevent fibroids, you can lower your risk of having them by adopting a healthy lifestyle. That includes eating whole foods, colored fruits and vegetables, exercising, and reducing stress.