LGBT and Addiction Treatment in the US 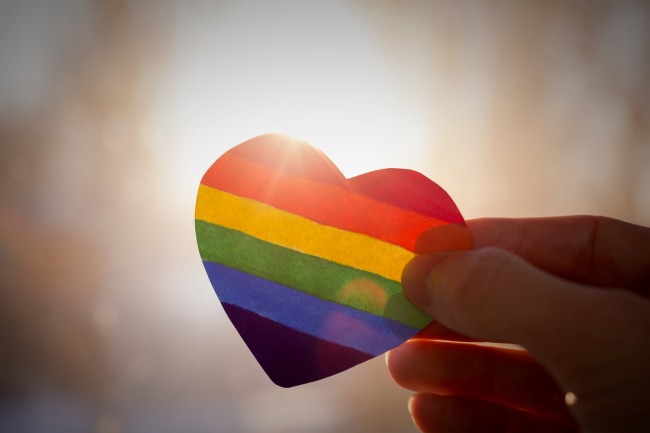 (Photo : LGBT and Addiction Treatment in the US)

Individuals that identify themselves as lesbian, gay, bisexual, transgender, or questioning face more social challenges like discrimination and stigma that are not faced by people that identify as heterosexual. The risk of violence and harassment that is faced by these people is also greater. Consequently, such stressors increase the risk of these sexual minority groups for different behavioral health problems.

It's only recently that several federally funded studies began questioning gender identification and sexual orientation in their data collections. So far, surveys have established that the rates of substance use disorders and substance misuse are higher among sexual minority groups than in individuals that identify themselves as heterosexual.

As such, it's still impossible to establish long-term trends regarding substance use disorders and substance use prevalence among the LGBTQ populations.

Substance Misuse and Use

When compared to people that identify themselves as heterosexual, sexual minority groups' members are likely to misuse or use addictive substances. Unfortunately, only a few of them end up with professional LGBT residential treatment, while the rest continues to struggle with addiction. In 2015, the National Survey on Drug Use and Health released data showing that adults that identify themselves as sexual minorities were twice more likely than heterosexual adults to have used or abused an illicit drug in the previous year.

In 2013, the U.S Census Bureau conducted a survey that established that LGBT adults, aged between 18 and 64 years, have a higher percentage of binge drinking than heterosexual adults. Most patients in LGBT rehab centers had started drinking alcohol earlier than heterosexual patients undergoing treatment for substance use disorders.

Comorbidities and Substance Use Disorders

Some treatment modalities for SUD have proven to be more effective for bisexual or gay men. These include social support therapy, motivational interviewing, cognitive behavioral therapy, and contingency management.

Currently, there is limited research in SUD rates among transgender populations. However, research has shown that transgender persons are likely to seek treatment for SUD than non-transgender individuals.

Recent research has shown the need to provide treatment that addresses the unique factors that these patients encounter in their lives. Such factors may include family problems, social isolation, violence, and transphobia/homophobia.

Psychiatric disorders are additional co-occurring or comorbid SUDs that are more likely to be experienced by the sexual minority groups. For instance, bisexual men, gay, bisexual women, and lesbians report higher cases of frequent depression and mental distress than heterosexual individuals.

Transgender adolescents and children experience suicidality, eating disorders, eating harm, and depression at higher levels when compared to their non-transgender counterparts. It's, therefore, important for LGBT individuals in substance use disorder treatment to undergo psychiatric problems treatment. They should receive concurrent treatment for identifiable conditions. That's why they should seek treatment in LGBT-friendly rehab centers that offer treatment for co-occurring conditions.

The risk for the Human Immunodeficiency Virus is higher among LGBTQ individuals. That's because they engage in risky sexual activities more than heterosexual individuals. They also use intravenous drugs. The prevalence of HIV infections is higher among bisexual and gay men or MSM. Bisexual men are males that have sex with people of their gender. MSM are sexual activities between males, regardless of their identity. HIV infection prevalence is also high among transgender women that have sex with people of the opposite gender.

Treatment for substance use disorders can help in the prevention of HIV transmission among individuals whose infection risk is higher. For instance, treatment for drug addiction is associated with a reduction in drug use. It's also associated with a reduction in risky sexual behavior for MSM, as well as, transgender women that have sexual intercourse with men. After undergoing treatment in LGBT rehab facilities, individuals living with HIV report viral load improvements.

It's important to note that the acronym LGBTQ has been used across the internet to reflect different and relevant populations. However, though some studies have always considered gay, lesbian, and bisexual individuals, they are yet to include questioning and transgender youth.

Until 1973, homosexuality was considered a mental illness by the American Psychiatric Association. It's in this year that homosexuality was removed from the mental disorders diagnostic and statistical manual. This manual is used as the mental illness diagnostic tool universally. Many years later, homosexuality is considered a normal human expression variation. However, there is still rampant bigotry against members of the LGBT community. The stigma around homosexuality is also present when it comes to seeking treatment for substance abuse. And this makes finding treatment for drug addiction difficult for some individuals that identify themselves as LGBTQ.

Fortunately, there are rehab centers in the US that provide addiction treatment for LGBT community members. These facilities provide more specialized treatment and LGBT-friendly environments for recovery. With research showing that substance misuse and use rates are higher among LGBT individuals, such facilities are crucial to ensuring that these people access quality addiction treatment. Although finding these rehab facilities can seem complex, professional guidance can simplify the process. What's more, LGBT individuals can receive customized treatment by choosing the right facilities.